It was a low-key affair. We all got a little silly on cheap merlot. John wasn’t particularly handsome, but he was funny and confident and it was those things that made me give him my number.

The next day I got a very direct text suggesting dinner at a place in Soho that I didn’t know. Only when I Googled the restaurant 90 minutes before the date, did it really got my attention. The elegant website, in muted greys and golds, soon made me realise that it was a world away from my usual London haunts.

At this point, I had no idea that I was dating a rich guy

I didn’t know if John was the ‘let’s go dutch’ type, and had doubts if I liked him enough to find £100 or so for my share of dinner. But by that time I was intrigued and a glance at the waiting list told me I would be crazy to miss this chance.

And that was the start of my journey into dating a rich guy. From the moment I was escorted to John’s table by the chic hostess and handed a glass of Vintage Krug, I knew that dating a rich guy was going to be fun!

It’s surprising how quickly you can get used to dating a rich guy when a helicopter ride to a boutique hotel in the countryside was a regular weekend date. Despite consuming the richest dinners, washed down by gallons of alcohol, I never had to worry about my waistline because our personal trainers and nutritionists – John and I had one each- would put us through our own customised fitness plans three times a week. Not to mention the scuba diving, the midweek skiing trips, the horse riding… 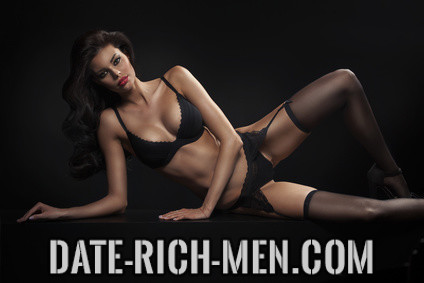 Dating a rich guy was exciting, sexy and hedonistic but it was sometimes lonely

John’s work meant he was away for long periods. He’d occasionally send for me in the middle of the night. Having a taxi collect you and take you to an airport was fabulous at first but those long solitary hours traveling to hotels with only a chilled glass of Dom Perignon to keep me company eventually wore a little thin.

In the end, we went our separate ways. Dating a rich guy was hugely fun, though slightly surreal but, even though I loved being spoilt, ultimately the chemistry just wasn’t there and I ended it after a long weekend in Geneva. As I watched him climb back into his Audi A7 I knew John wasn’t going to suffer much without me…

And so here I am, back in my rented flat with only Netflix to keep me company- raising a glass of hot chocolate to John and whoever is the next lucky girl. Dating a rich guy was a fabulous adventure!